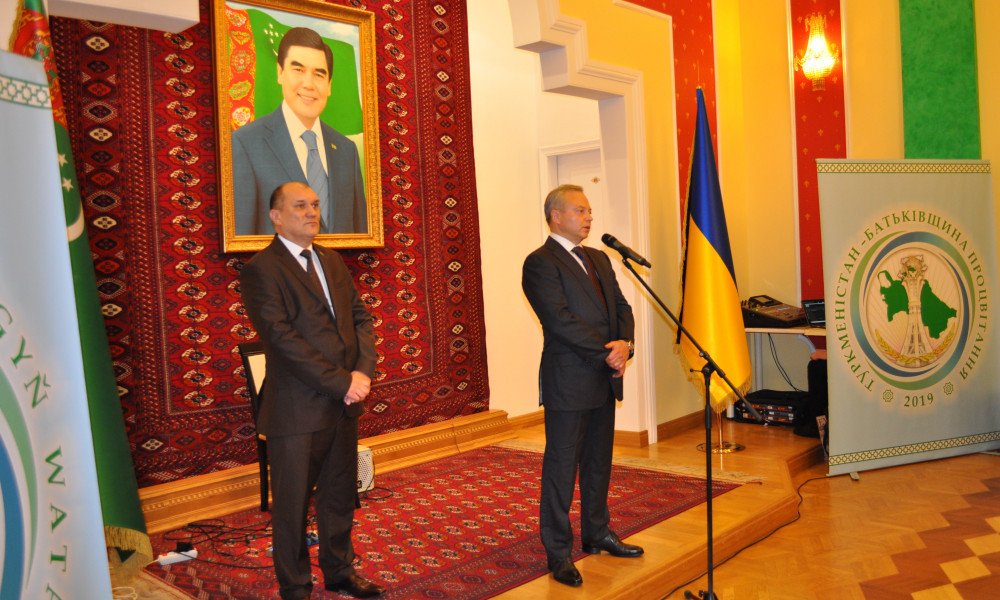 The event was attended by ambassadors of foreign states accredited in Ukraine, employees of the Ministry of Foreign Affairs of Ukraine, deputies of Ukraine, the leadership of the Chamber of Commerce and Industry, rectors of higher educational institutions and faculty of universities, heads of national libraries, the Turkmen diaspora and students, public figures , local intelligentsia, heads of Ukrainian companies and media representatives.

In the speach, the Head of Diplomatic Mission spoke about the large-scale events held in the days of the national celebration of the 28th anniversary of Turkmenistan's Independence in Ashgabat and in all the provinces of the country.

Special attention has been given to the successes and achievements of Turkmenistan during the years of the presidency of Gurbanguly Berdimuhamedow in strengthening the Turkmen statehood, initiatives aimed at maintaining peace, security, developing international partnerships, welfare of the population and the revival of the cultural heritage of the Turkmen people. 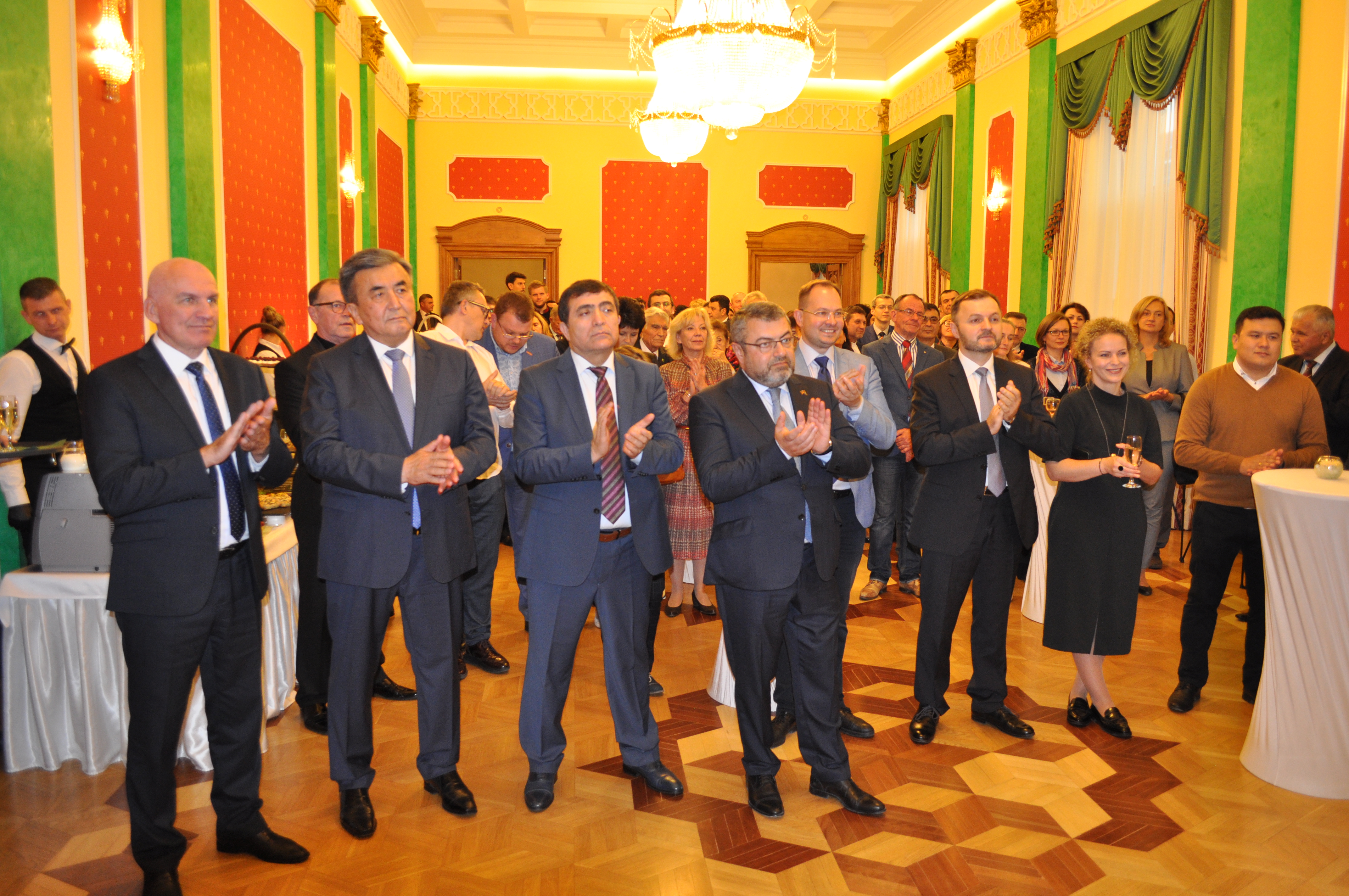 The attention of the guests present was drawn to the fact that in 2020 Turkmenistan will celebrate its 25th anniversary of international recognition as a permanent neutral state, and therefore, at the 74th session of the UN General Assembly, Turkmenistan announced the holding of the International Conference on Ashgabat in December 2020 on peace, security and development, as well as readiness for cooperation on the preparation and holding of this forum.

Within the framwork of the 27th anniversary of the establishment of diplomatic relations with Ukraine, it was emphasized that cooperation between the two states is a priority for the foreign policy of Turkmenistan. The embassy expressed gratitude to the Ukrainian side for their support, many years of fruitful cooperation aimed at strengthening and developing the traditional bonds of friendship between the two countries.

The Advisor to the Minister of Foreign Affairs of Ukraine, Viktor Maiko, delivered a congratulatory speech from the Ukrainian side, who on behalf of the Ukrainian government conveyed congratulations on the occasion of Turkmenistan’s Independence Day and gave the best wishes to the entire Turkmen people. The Advisor to the Minister emphasized the importance of cooperation between the two countries in many areas, as evidenced by the work of intergovernmental commissions, bilateral visits, regular consultations and exchange of experience, as well as the work of diplomatic missions. 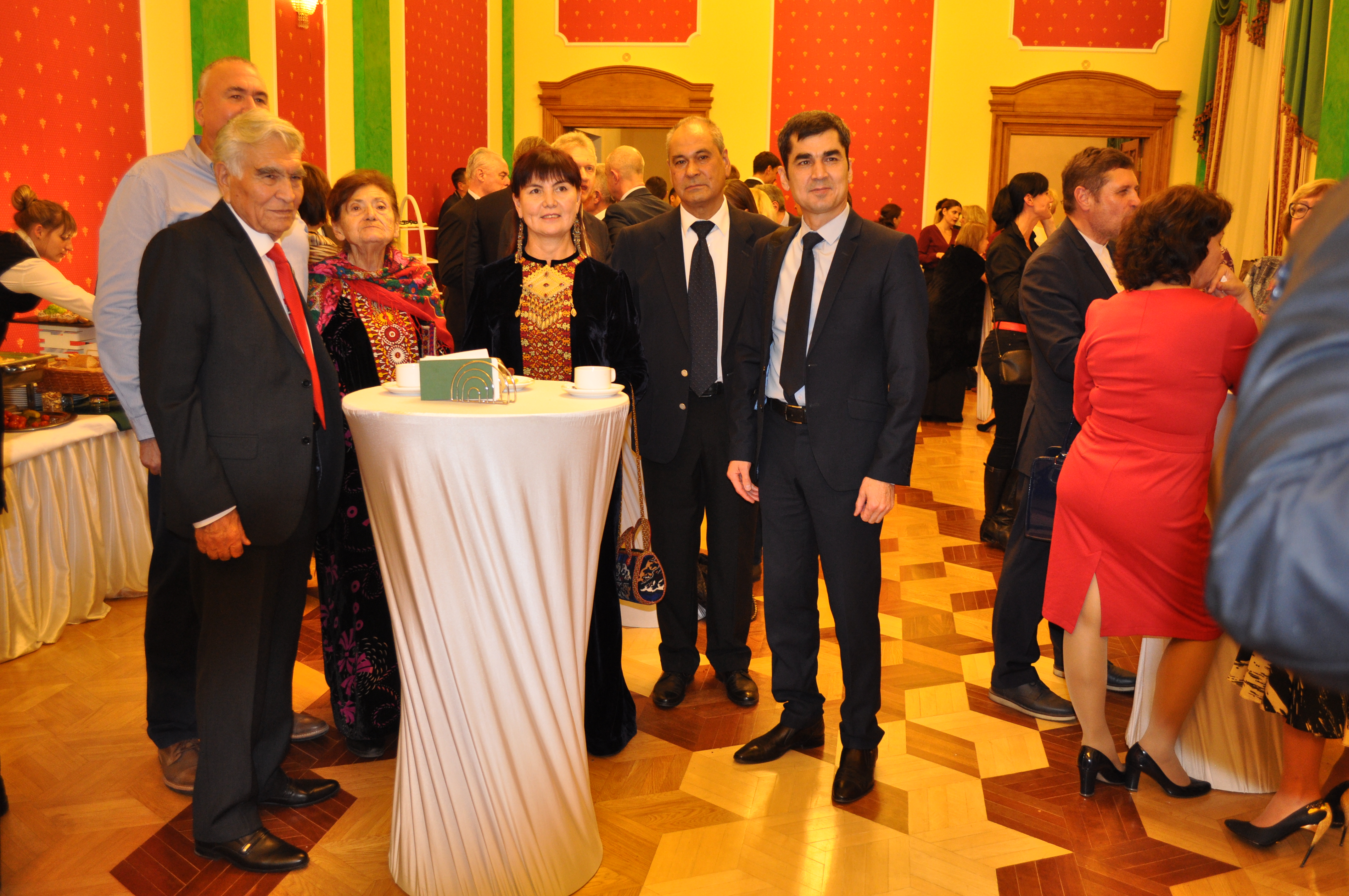 The special atmosphere of the holiday was created by live music performed by students of R.Glier Kyiv Municipal Academy of Music.

Within the framework of the bilateral cultural cooperation between the states, a presentation of photos by Ukrainian designer and photo artist Serhii Malikov entitled "Details of the world" was held. The main idea and mission of this project is to unite people's worldview through photographic art.

The audience in Ukraine, Israel, and Austria was able to admire ourstanding artist's vision. And his work adorns the interiors of private houses and office premises, diplomatic missions and private hotels in 15 countries, namely Japan, China, Austria, Turkey, Azerbaijan, the USA, and so on.

Since 1976, he lives and works in Kyiv, where he continued his intense creative activity, which combined the talent of a graphic designer, illustrator and theater set designer. Photo-paintings became a completely new turn and direction in his work, and the style is called art-street.

Text and photos werer provided by the Embassy of Turkmenistan to Ukraine.