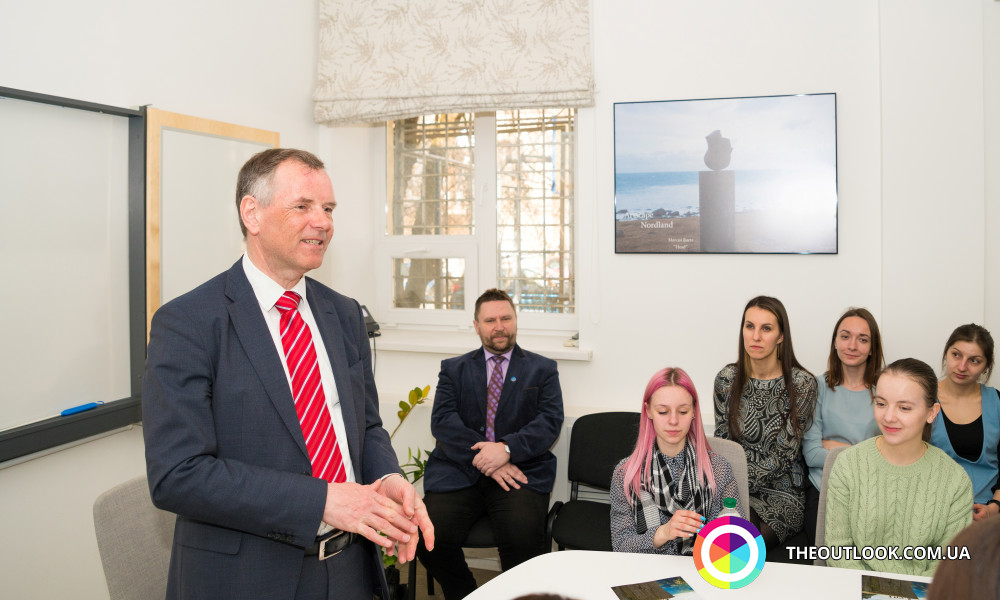 On the 6-th of April, the second day of the meeting of the diplomatic personnel with the students of the Petro Mohyla Black Sea National University took place in the frame of the common project OUTLOOK and the Diplomatic greetings. The event was attended by Ambassador of Norway to Ukraine, Ule Terje Horpeštad, and consul and protocol officer of the Indonesian Embassy in Ukraine Adi Brasmato.

On the second day, "Diplomatic greetings", began with a lecture by Adi Barsmotto, Consul and Officer on the Protocol of the Embassy of Indonesia in

Also, students of the

After that, the students attended the Norwegian Embassy in