Youtube
Статьи  >  Know  >  "200 years ago the word "freedom" originated in the hearts of Argentines. First it was pronounced in a whisper, and then it turned into a loud voice"- Argentine Ambassador Alberto Jose Alonso

"200 years ago the word "freedom" originated in the hearts of Argentines. First it was pronounced in a whisper, and then it turned into a loud voice"- Argentine Ambassador Alberto Jose Alonso 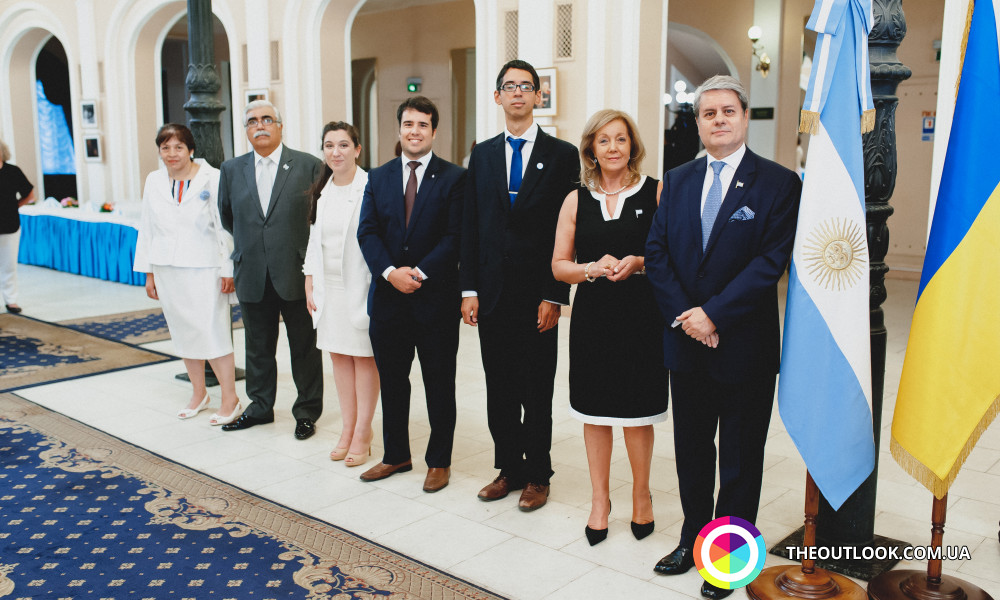 In honor of the 200th anniversary of the Independence of Argentina, Ambassador Extraordinary and Plenipotentiary Alberto Jose Alonso held a solemn diplomatic reception with the participation of representatives of the diplomatic offices of Ukraine, Deputy Foreign Minister, representatives of state bodies, and the community.

At the beginning of the evening, Mr. Ambassador congratulated all those present and wished a good inspiring evening. "I am very glad to see so many familiar faces. Today we are celebrating the new anniversary of the heroic May Deed, this is another reason to reflect on the legacy left by our founding fathers. First of all, I would like to emphasize that 2018 is very special for us, in June we will celebrate the twenty-fifth anniversary of the opening of our representation in this beautiful, hospitable country", the ambassador said.

Mr. Alonso stressed the significant progress that our countries have achieved in bilateral relations, which are mature and mutually beneficial, full of mutual respect and understanding, which will continue to be strengthened and deepened.

He also noted important milestones of bilateral relations between Argentina and Ukraine, a series of interstate high-level meetings devoted to the expansion and diversification of bilateral trade and exploring opportunities for cooperation in the area of space activities.

"The symbol of cooperation between our states is the fact that in recent years the National Congress of Argentina has announced several statements regarding the Holodomor in Ukraine. The Holodomor was recognized as an act of genocide by the provinces of Chaco, Misiyones and Buenos Aires, as well as by the city councils of Apostles and Beris. And I am sure that in the near future we will carry out further steps in this direction", Mr. Alonso said.

"I would like to emphasize the important progress that we see in our bilateral trade. Since 2016, we have done a great job, the results of which have become visible at the end of 2017: our trade has increased by almost thirty percent, despite the difficult situation Ukraine is experiencing in connection with the conflict. And we hope to increase by 10% or more during this year, "Mr. Ambassador said.

He also noted that the Argentine Embassy plans to open a memorial sign dedicated to the father of the state, General José de San Martín in the square in front of the embassy.

"Finally, last but not least: we are doing a great job spreading Argentine culture through our Argentinean house in Kiev, offering a wide range of activities, including seminars on Argentine literature, tango and folk dance lessons, tourist seminars and film screenings. All events are free of charge. The fact that many Ukrainians of different ages and different social groups take part in these events with great pleasure is a source of special pride for us, since nothing is the same as culture does not bring peoples together", concluded Mr. Alonso.

The guests of the event could immerse into atmosphere of charming Argentina due to the music program. Performed by the musicians of the Kiev Saxophone Quartet led by Yuri Vasilevich, the Kiev Chamber Orchestra, the duet "Two violins" and the ensemble of folk instruments "Native Songs", excerpts were performed from the best works of the outstanding Argentine composer Astor Piazzolla.