Ambassador of Tajikistan in Ukraine carried out a reception 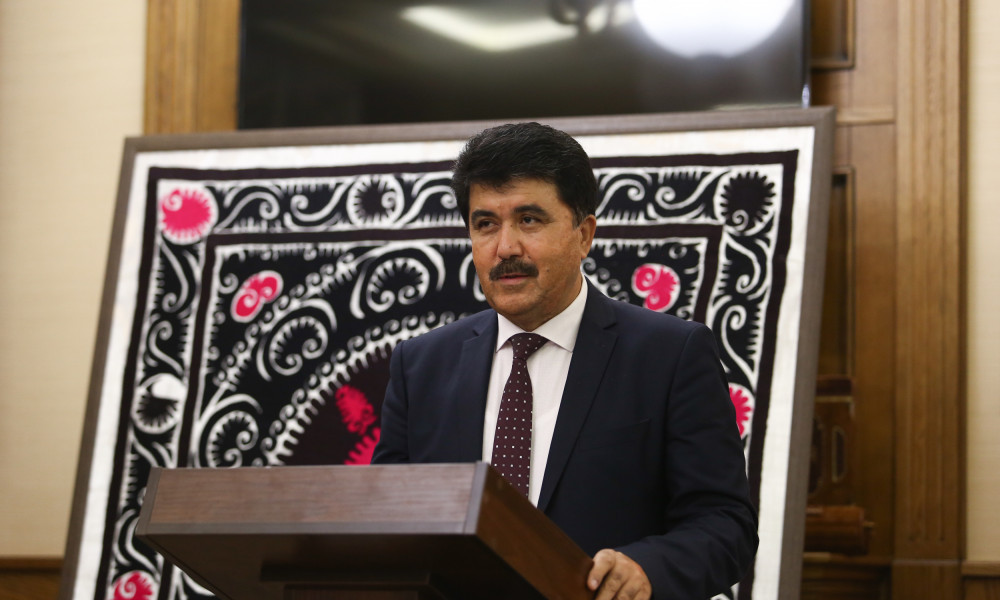 The 27th Independence Day of the Republic of Tajikistan was celebrated in the capital of Ukraine with a solemn diplomatic reception.
To express their respect and share the celebration of the main holiday of Tajikistan, the Extraordinary and Plenipotentiary Ambassadors to Ukraine: Belarus, Moldova, Hungary, the United Arab Emirates, Palestine, Serbia, Kazakhstan, Uzbekistan, representatives of the DUMU, the public and the media.
At the beginning of the reception, Mr. Ambassador Faizullo Halboboev congratulated his compatriots and thanked the guests for their attention to this important holiday.
The Independence Day, in Tajikistan, is celebrated annually in September, beginning in 1991. In the capital and other large cities of the country there are solemn parades and large-scale celebrations.
In honor of Independence Day, the Republic would like to share with our readers the most interesting facts about this country:
See the photo from the reception in the gallery:
Автор галереи: OUTLOOK
Вам это будет интересно: