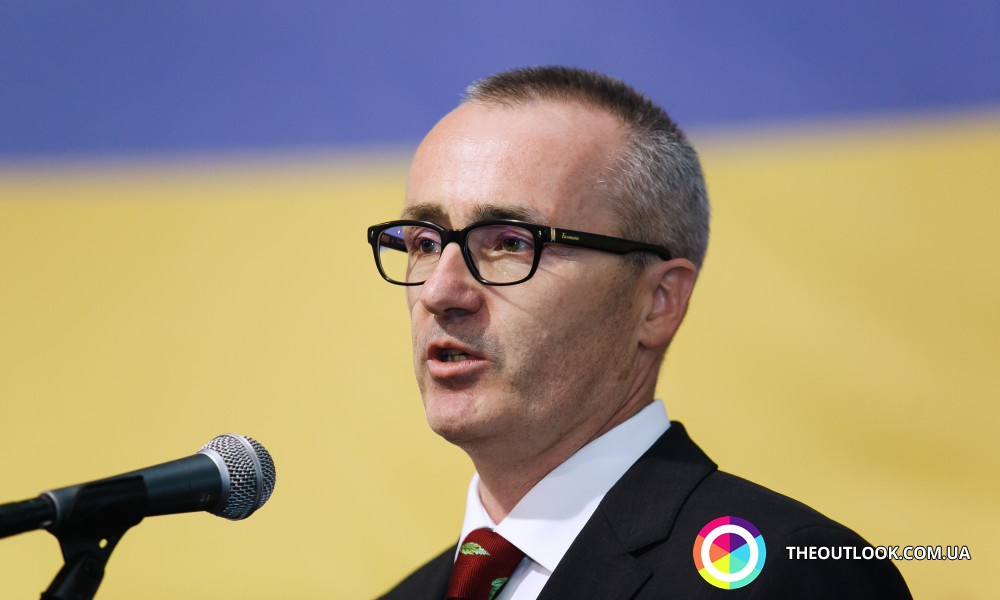 Kiev hosted a solemn diplomatic reception organized by the Embassy of Switzerland to Ukraine and dedicated to the Swiss national holiday - the Confederation Day.

Ambassador Extraordinary and Plenipotentiary of Switzerland to Ukraine H.E. Christian Schoenenberger personally greeted the guests among whom there were the heads of diplomatic missions of countries such as Cuba, Korea, Malaysia, Morocco, Iran, South Africa and many more.

In his speech Mr. Schoenenberger expressed his gratitude to all event guests for accepting the invitation, noting that the Confederation Day is one of the main national days of Switzerland.

Cheerful mood of the event was created by virtuoso musicians Bryats-Band performing contemporary music in the original interpretation on unusual music instruments – three balalaikas and accordion.

In addition, guests were delighted by atmospheric performance of Swiss ethno-singer Christine Lauterburg. In the first place, she is known for being one of a few musicians who has perfected a Switzerland's oldest singing style called the yodel, that is making a series of very fast changes between bass and falsetto, and vice versa. Christine has a huge number of achievements on the part of Swiss folk music, as well as in the field of storage traditions that originated centuries ago.

The Confederation Day was established to commemorate events of 1291. Then, the three forest cantons Unterwalden, Uri and Schwyz - individual independent states with their national assembly and executives - announced an eternal alliance and union. The document, in fact, was not only the Declaration of Independence, but also agreement on mutual defence. Subsequently, the union was joined by other cantons. There were no obstacles, however, the official recognition of Switzerland was only in 1648 when its independence from the Holy Roman Empire was officially confirmed by the Treaty of Westphalia.

The first of August became an official holiday in Switzerland only in the 70s of the 19th century, and since 1994 it has been a day-off. On August 1, many children and adults walk around the city in anticipation of fireworks, lanterns and bonfires on the mountain tops, which are both part of celebration and one of the main traditions of the day. Custom to make fires on the mountain tops is rooted in the Middle Ages, when watch hills were constructed along territorial borders, alarm fires were made on top to warn about approach of enemy. According to legend, once these lights burning on the mountains between Geneva and Lake Biel, frightened off barbarians intruding into that territory. Noticing lights on shimmering surface of lake water, invaders thought that they come to the edge of the earth...

Photos describing the solemn diplomatic reception are presented in our gallery!