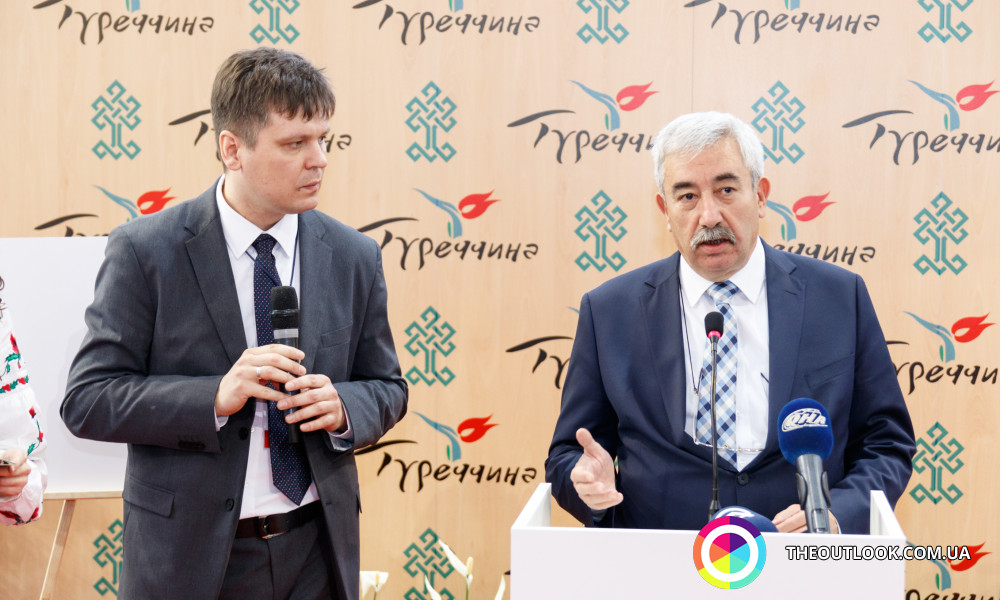 The official delegation of Ministry of culture and travel of Turkey visited 23-rd international travel exhibition UITT 2017: ‘Ukraine – Travels and Tourism’ which is to open on the 29-th of March in International Exposition Center in Kyiv.

The opening of the main travel event of the season was attended by the Council of Ministry of culture and travel of Turkey Baki Alkachar, the Ambassador Extraordinary and Plenipotentiary of Turkey to Ukraine Yonet J. Tezel, the representatives of profile ministry of Turkey, workers of embassy, leading operators of Ukrainian travel market.

Starting the official speech, Mr Alkachar expressed hope that this exhibition is about to become one more step in closeness of our two countries in travel and cultural scope. He claimed that Turkish side highly appreciates attention of Ukrainian tourists to their resort and is ready to maintain comfort and safety for our citizens.

‘After Turkey was visited by one million of Ukrainian tourists in 2016, the ministry is ready to make everything possible for increase of travel flood in republic. The participation in the exhibition of great number of Turkish companies proves the decisiveness of Turkish people in the stated issue. Today, staying at this exhibition, we are going to answer any questions that worry Ukrainian travel operators and agents, and we are prepared to share the experience and solve the arguable questions. Such a number of people who come to Turkey annually tells that they like rest in our country and we appreciate it a lot’, the Council of ministry remarked.

It is worth noticing that this year Turkish mount became one of the most large-scale from those represented at the exhibition. Particularly, this year the exact travel regions of Turkey were represented, such as Antalya and region of Mediterranean Sea, Mugla and region of Aegean Sea, Kemer, Kushadasy, and more than ten mounts of different companies and hotels.

On behalf of Ukrainian side the opening of mount was attended by the head of tourism department, Ministry of Economic Development Ivan Liptuga. He said that every year the number of Ukrainians coming to the rest in Ukraine is growing what testifies that Turkish resorts accept their guests at high level and maintain for them all the conditions for comfortable rest.

‘Turkey is the closest neighbor for Ukraine which has a lot to teach other countries of the world. However, it is simply compulsory for Ukraine to learn from Turkey how to develop the travel scope. Turkey is the example for all the world which attitude they should have for tourism’, he noticed.

In the course of presentation there were results of photo competition ‘Smiling Ukrainians in Turkey’ where the photos of our citizens having rest in Turkish Republic participated in a competition. The winners got awards, particularly, the dinner in one of the restaurants of Kyiv, plane ticket to Turkey, while those taking the first and second places were awarded with one-week rest in Istanbul and Antalya.

All the guests of mount were entertained with virtuous play of musicians from the team ‘Makam’ and master class on the traditional Turkish art of picture on water ebru as well as taste local delicacies.

Let’s remind that on the 29-th of March in Kyiv the main tourist event of the spring-summer season will start, particularly, the 23-rd international travel exhibition UITT 2017: ‘UKRAINE – Travels and Tourism’ which is about to last up to the 31-st of March, 2017 in UITT (Brovarskyy avenue, 15).