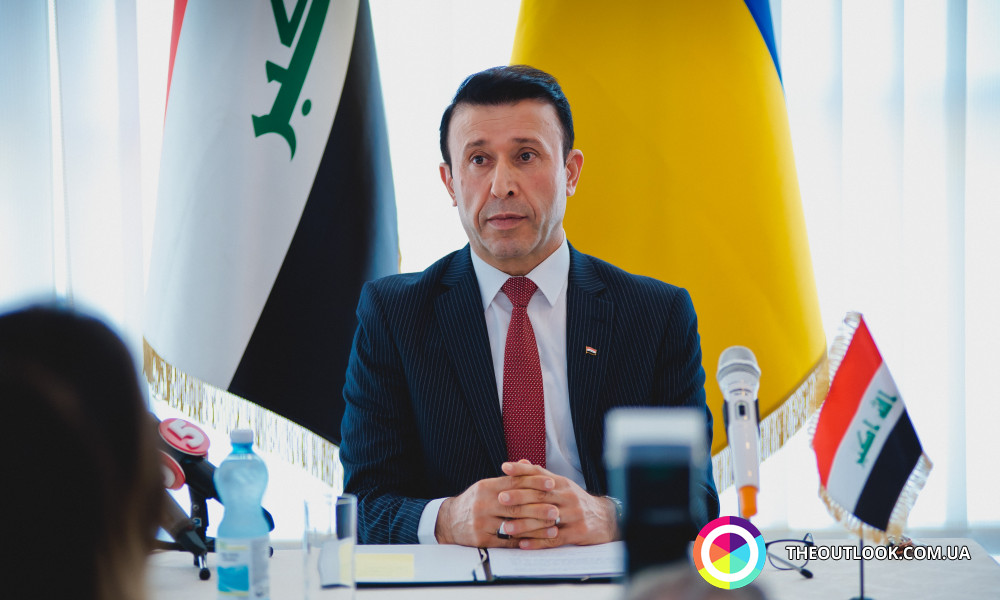 On the 10-th of July 2017 the Prime minister and general in chief of Military Forces of Republic Iraq Ayder al Abadi announced from the center of Mosul (the second largest Iraq city after Bagdad) the victory over terroristic organization ISIS. Since the second half of 2014 for Iraq military forces, soldiers of antiterrorist special armies, federal police, and forces of national mobilization, as well as Kurd military formations and representatives of tribes have fought for this city.

Starting press conference, Mr Al Jaff said words of gratitude towards journalists for the visit in the embassy and for the attention to such important for Iraq event. First and foremost, the ambassador announced mass media the application on behalf of Prime minister and general in chief of military forces of Republic Iraq Ayder al Abadi: ‘The current victory is the winning over barbarian and events of terrorism. I say to the whole world being here, in the center of Mosul city, and I announce the fall of mythical state on the foundation of which we were announced by the representatives of ISIS three years ago. We succeeded in getting victory over quasi-state! Heroes, martyrs, victims of this fight will live in our hearts and mind. We will never forget that we owe them, and we will always respect their families’.

As well, in the course of press conference the Head of mission answered the questions of journalists, told about the course of city’s liberation which has lasted for almost nine months and that today Iraq is going to overcome restoration and recovery of stability within its territory, so, this process requires togetherness of the whole nation.