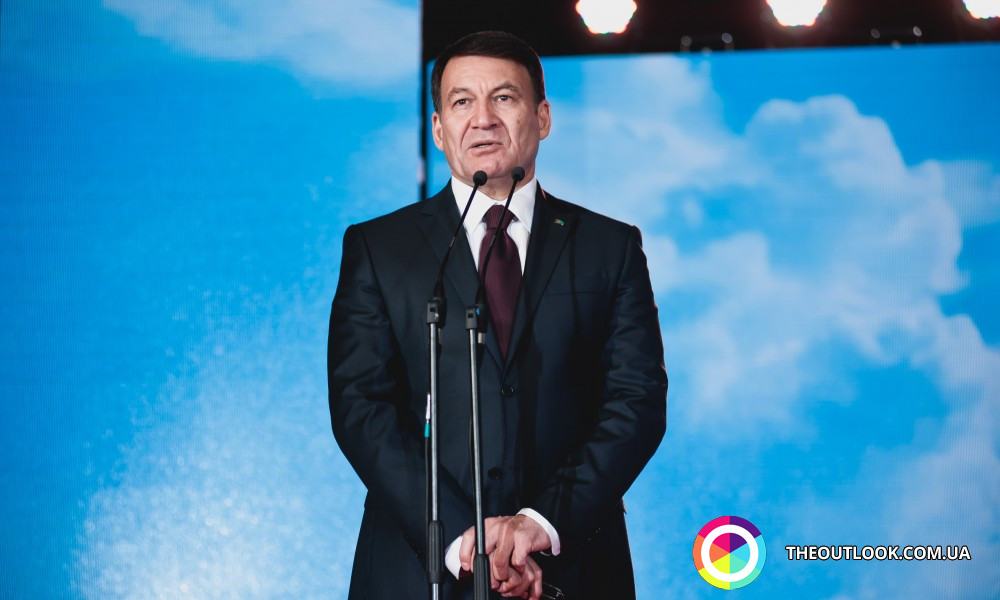 The Embassy of Turkmenistan to Ukraine organized the brief meeting for journalists on the occasion of the 22-nd anniversary of Turkmenistan neutrality and acceptance of General Assembly of United Nations Resolution on announcement of International neutrality day on the 12-th of December.

The brief meeting began with the movie about today Turkmenistan, its external politics, and place in the system of international affairs in conditions of neutrality.

The Ambassador Extraordinary and Plenipotentiary of Turkmenistan to Ukraine Nurberdy Amanmuradov told in details that international legal status of the constant neutrality of Turkmenistan is recognized at the level of Community of Nations by unanimous passage of the special resolution on the 12-th of December, 1995, at jubilee 50-th session of General Assembly of United Nations which was voted by 185 states. ‘This year the 22-nd Anniversary of Turkmenistan neutrality will be celebrated. Ukraine respects the choice made by Turkmen nation and supports the politics of positive neutrality made by Turkmenistan. It was one of the first to become the co-author of General Assembly of United Nations on the neutral status of Turkenistan’, reported Ambassador.

As it is noticed in Resolution on announcement of International neutrality day, the national politics of neutrality is able to encourage the peace and safety in some regions and globally, and might play important role in the development of peaceful, friendly, and prolific relations.

During years of neutrality the effective collaboration with United Nations and significant contribution in the efforts of world community on the solution of relevant modern problems is one of the most preferable directions of external affair strategy of Turkmenistan.

Upon the initiative of the President of Turkmenistan Gurbanguly Bergymuhamedov in 2007 in Ashkhabad they set up the office of Regional United Nations center on the preventive diplomacy for Central Asia.

Turkmenistan is immutably loyal to its international legal status. Indeed, it confirms that neutrality, peacefulness, and neighborliness make the basis of its external politics.

Nowadays Turkmenistan is the member of eight commissions, committees, and councils of United Nations. In the course of them it makes an appropriate international activity. As well, it is the representative of more than forty international organizations to collaborate actively, including OSCE, Organization for Economic Co-operation, Islamic conference that is associated member in the course of Commonwealth of Independent States.

General Secretary of United Nations Antoniu Guterresh was in Turkmenistan with visit in June 2017. He highly appreciates the help given by Turkmenistan to Afghanistan. He claimed to admire the initiatives of Turkmenistan on providing help to long-suffering people of Afghanistan, particularly, building of railway and social projects.

For years of neutrality Turkmenistan reached its main purpose, the food security. It was given with the special award for achievements in the area of food supply security.

Apart from that, it provides an active work on further strengthening of geopolicy situation in the country with creation of transnational transport communications, reclamation of new deposits and introduction of hydrocarbon and mineral resources to international markets. The successful sample of new economic environment formation is National travel zone ‘Avaza’ and transport corridor ‘North-South’.

The President of Turkmenistan Gurbangula Berdymuhamedov set a sole focus on formation of developed transport infrastructure and creation of international transport corridors. The key component of logistic system development is the building International sea port in Turkmenbashi city. The railway Turkmenistan – Afghanistan – Tajikistan is actively being built.

Today the state follows the principle ‘State for a human’. In the country bigger part of budget money is contributed into the social area. The minimal level of communal fees and transport services is intended for the citizens. Turkmenistan also succeeded in solving the problems with health care with the high level of efficiency.

Neutral Turkmenistan demonstrates the prominent sample of development in different areas, including culture and education. The system of education tends to go at the level of the most developed states in the world. Ukraine became the first state which signed an agreement with Turkmenistan about mutual recognition of documents on education, degrees, and scientific titles.

It became a wonderful tradition to organize the Days of culture of Ukraine in Turkmenistan and Days of culture of Turkmenistan in Ukraine that are carried out with a great success. The mutual interest expressed to the culture of the friendly nation reflects the tendency to save and develop friendly and spiritual connections. In the stated aspect it is very important to stimulate, develop sport and strengthen the principles of healthy lifestyle in the society.