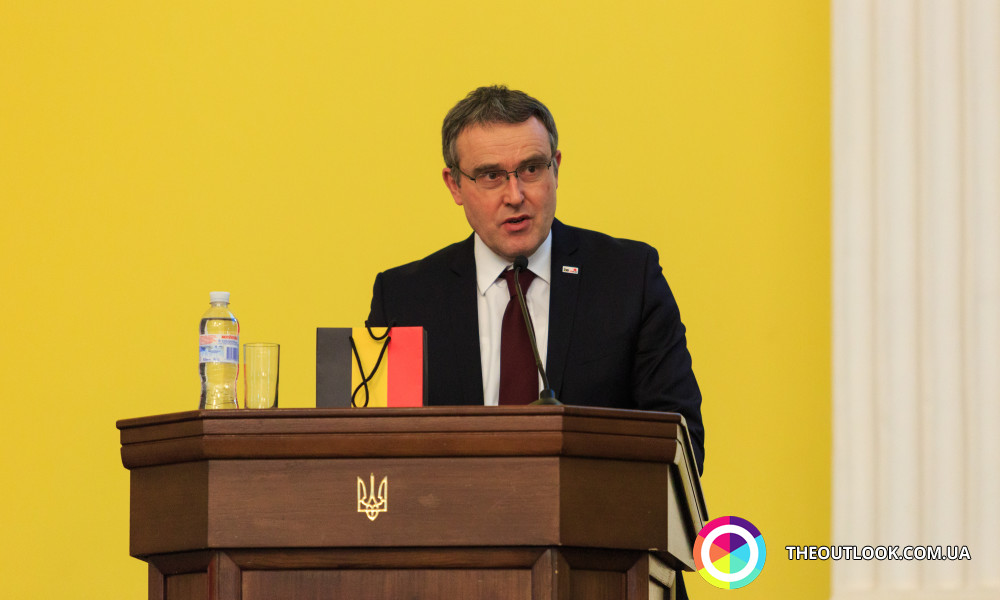 In Kyiv under auspices of the Embassy of Belgium and personally Ambassador Extraordinary and Plenipotentiary Luke Jacobs there was a conference dedicated to the 100-th anniversary of residence of Belgium armored division in Ukraine, exactly the period of revolutionary events of 1917-1918.

The ceremony began with Ambassador Jacobs' speech. He stressed that today's event is a contribution to the global program of events organized by Belgian diplomatic missions in commemoration of the events of the First World War.

The event was attended by Belgian writer August Thieri. As well, it was the presentation of a research group of students from the Ukrainian Academy of Leadership. Belgian filmmaker Arnaut Huben presented his documentary film "The Unsuccessful Heroes - Oscar Thierry" shot in the summer of

The military unit, commonly known as "Autos - Canons - Mitrailleuses", counted about 400 people. In 1916, the King of Belgium, Albert I, sent his soldiers to the Galician front in support of the royal army. They participated during Brusilov's entire breakthrough and Kerensky's offensive. For some time, the Bolshevik Revolution also embraced the auto armored dvivision, and it departed to Kyiv.

In the winter of 1917 - 1918, Belgian soldiers were in the Ukrainian capital. It was a historical moment when