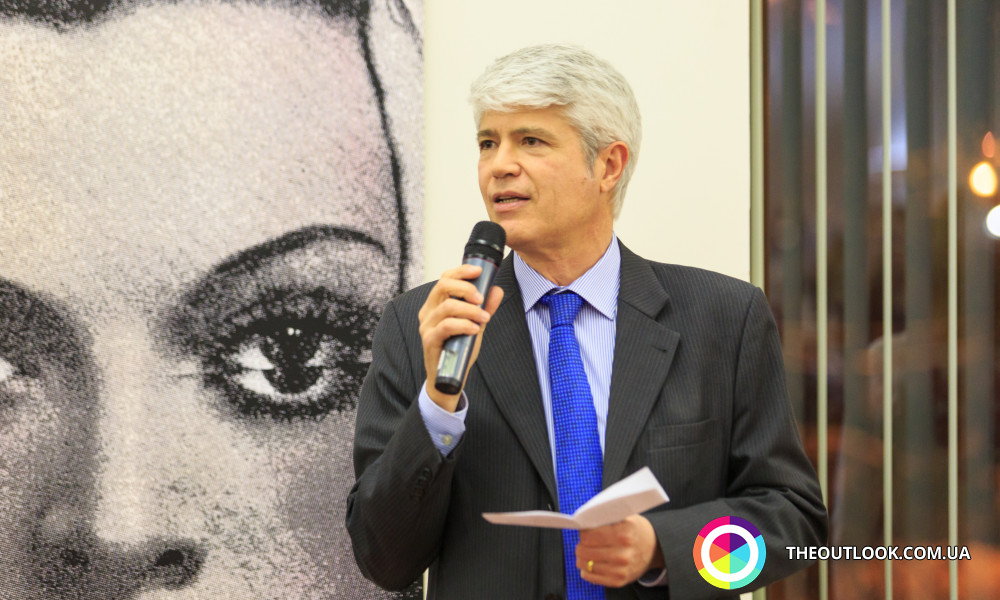 In Kyiv ArtHall D12 under the auspices of the Embassy of Switzerland to Ukraine and personally Ambassador Extraordinary and Plenipotentiary Guillaume Scheurer the exhibition Swiss Graphic Design took place. Starting the event, the Head of diplomatic mission greeted everybody who visited this place, and wished to have exciting and inspirational time.

Such exhibitions give possibility to share the experience among the artists and make spectators familiar with the creativity of the modern graphic designers.

At the exhibition the works of Swiss graphics Werner Jeker were represented. The work of the studio regularly receives awards in

The creativity of Ukrainian designers was represented by the works of Dmitro Bulanov. He participated in the International Triennial of the Eco-Poster "The 4th Block", became the winner in the nomination "Creative Idea" (exhibitions of the font posters "Word and Business"), the finalist in the Corporate Greeting Card Cards (ADC * UA), bronze Wasserkrat bureau prize winner for the international competition Hiiibrand.

Guests attending the event could get familiar with the work of another Ukrainian graphic designer and art director Mykola Kovalenko.