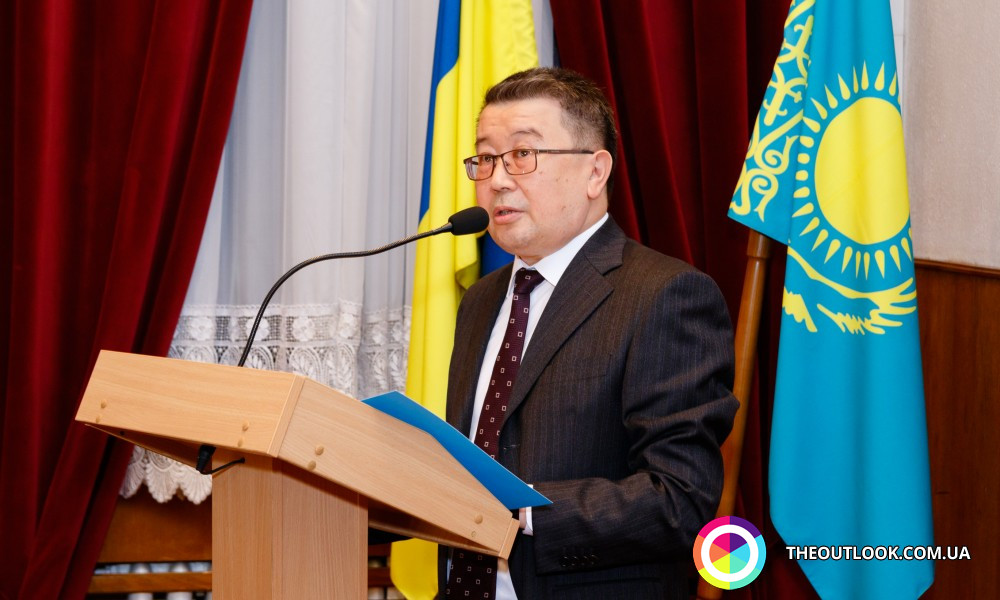 The Ambassador Extraordinary and Plenipotentiary of Kazakhstan to Ukraine Samat Ordabayev organized an event on the occasion of the presentation of the book of the President of Kazakhstan Nursultan Nazarbayev "The Era of Independence".

Starting the holiday, the head of the diplomatic mission congratulated all those who came to the west, told about the history of the book's release and the importance of the release of such publications.

The Ambassadors Extraordinary and Plenipotentiary ofTajikistan,

"The main purpose of the presentation is to acquaint the Ukrainian public with the existing experience of transformation of the state in various areas, which has taken place in The considerable attention is given to three waves of modernization of Kazakhstan. Due to the First and Second Modernizations, the tasks of dismantling the totalitarian system and building a market economy, early entry into the top 50 most competitive countries of the world, were successfully solved. The third modernization is aimed at renewal of the country and its promotion in 30 prosperous states in a new global reality. The book presents 33 main achievements of the Independent Kazakhstan (1991 - 2017), among which there are the such interesting and meaningful as the following ones: