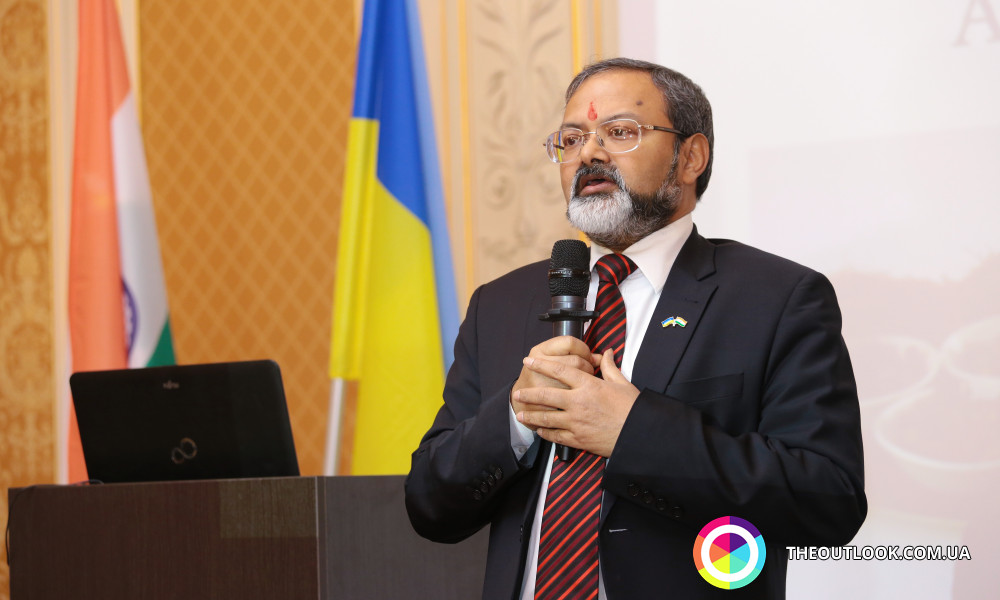 A seminar was carried out n Kyiv with the participation of Ambassador Extraordinary and Plenipotentiary of India to Ukraine Manoj Kumar Bharti on the topic "Ayurveda is the science of healing life by nature".

The event began with the speech of Ambassador Extraordinary and Plenipotentiary of India to Ukraine Manoj Kumar Bharti. He underlined the holistic approach to health, which is guided by Ayurveda and general prevention of the body. He added: "Ayurveda is a long, time-tested Indian medical and health system with a documented history of usage for 3000 years, it maintains the balance of the physical, physiological, psychological, spiritual and social conditions of man". The forum was attended by about 300 people, including representatives of authorities, Indian pharmaceutical companies based in The Chairman of the Verkhovna Rada Committee on Health Care, Ms. Olga Bohomolets, made an emphasis on the fact that