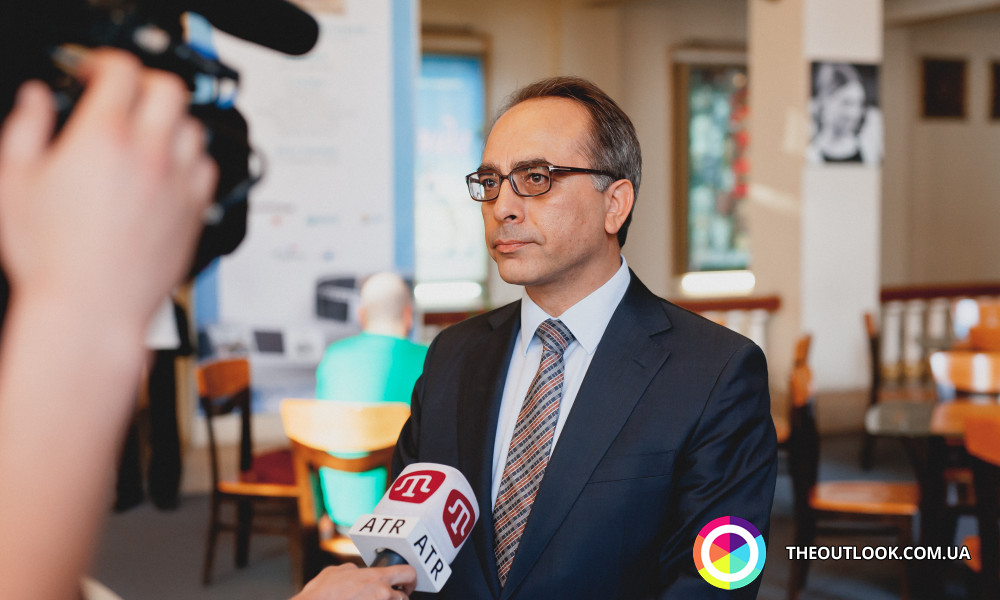 The Embassy of Turkey in Ukraine and personally Ambassador Extraordinary and Plenipotentiary Jonet Jan Tezel in the Cultural Center "Cinema Kiev" opened Days of Turkish cinema. The Turkish Embassy conducts events that demonstrate the cultural diversity and heritage of this country on an ongoing basis.

Days of Turkish cinema was opened by a picture of "Chinar" (Çınar), directed by Mustafi Karadeniz. This film tells of the hard life of Mustafa, who has the wife Suno and the 8-year-old son Riza, who lives with problems of the musculoskeletal system. Once on the way to school with Suno and Riza there is a disaster that changes the whole life of their family.

"I am very glad that economic and political ties are developed between Ukraine and Turkey and we want to strengthen them also cultural. Four years Turkish cinema days were not held, now we make up for an omission. We are honored that the director of the film together with his wife arrived in Kiev. This is really a premiere, because the film "Chinar" has not been demonstrated yet even in Turkey " - Mr. Ambassador noted, opening the celebration.

Also the director took the floor, told how during this 45-day period, the film was shot in forty-degree frost. 70% of the story is taken from the life of the director himself and is based on real events.

Also, the program of the next two days will feature tapes of Turkish filmmakers of the new generation, including Mustafa Karadeniz, Yilmaz Erdogan, Mustafa Kara, Kaan Mujeuji and Chagan Irmak.

In 2015, the film directed by Kaan Muzhdeji "Sivas" was nominated for an Oscar in the category "Best Foreign Film", and Mustafa Kara at the Tokyo International Film Festival received two awards for the film "The Cold Kalandar" in the nominations "Best Director's Work" and "Choice of viewers – WOWOW”.

Turkey is the second country after the United States in terms of exports of its visual products. Between 2016 and 2017, 283 films were shot in Turkey. The share of the national film product in 2017 in the total rental is about 38.64%.

Turkey is a member of the Eurimages Film Support Fund, which was founded in 1998 to support the joint production, distribution and promotion of European films, so 5 to 8 films of joint production with different countries of Europe are launched each year.