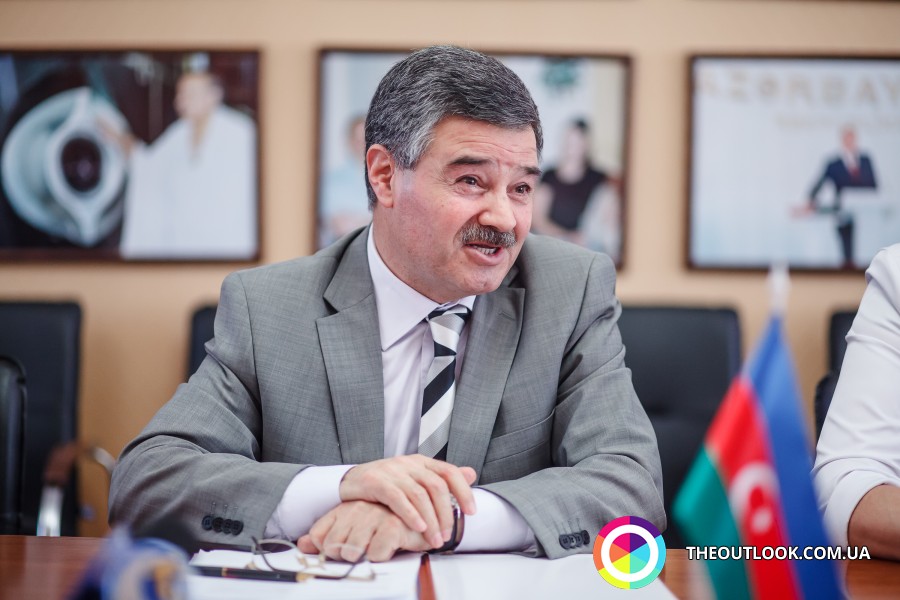 One year remains before the start of the first ever European Olympic games, which will be held in the Azerbaijani capital Baku. And yesterday, with the assistance of the Embassy of Azerbaijan in Ukraine the event was held to tell the media representatives about the preparations for this major event.

According to the Ambassador of Azerbaijan to Ukraine Mr. Eynulla Madatli, construction of the Olympic village is already finished, and it will accommodate 6 thousand athletes and 3 thousand attendants. Athletes from more than 40 European countries will « battle » in 19 sports, among which: triathlon, volleyball, beach football, synchronous swimming, karate. Construction of tennis courts, swimming pools, fields and halls are also coming to the final stages. Also, by the end of the year the  stadium with a capacity of 65 thousand spectators will be ready for usage.

To invest the proceeds of the country in the development of society, in particular its sports community is an important goal of the government of Azerbaijan, stated the Ambassador. President Ilham Aliyev and first lady Mehriban Aliyeva, who already for 12 years, is the head  of the Federation of the rhythmic gymnastics, actively support this idea. In recent years, the number of  sport competitions in the country is constantly increasing.

The decision on the establishment  of  the European Olympic games was adopted in December 2012, at the 41st session of the General Assembly of the European Olympic Committee. The choice of city was carried out by secret vote of the representatives of 48 countries, most of which are preferring Baku.

"A lot of things  will begin with this first competition," says Ambassador Eynulla Madatli, stressing that Azerbaijan should show a good example to all countries which in the future will have the honor to conduct them. The more that has already started receiving applications for the right to take the second European games, which will take place in 2019.

The photoreport of event in the Embassy of Azerbaijan in Ukraine is  in our gallery.